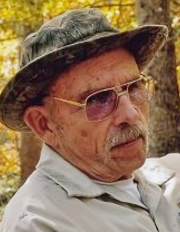 Ted was a master of many trades and had multiple careers, including working for Eastern Airlines, Barber, Christmas Tree Farmer, carpenter and general handyman.

Ted also had many passions in life. He loved trains and received multiple national awards for model railroading, spent 30-plus years restoring buildings with the Friends of the Cumbres and Toltec Scenic Railroad in Chama, N.M. and along with the rest of his family, was actively building his final masterpiece, a 1.5-inch scale train layout in Stecoah.

Ted’s passion for travel – combined with his dislike for airplanes – resulted in many memorable family road trips across the country. One of his favorite sayings was that he wanted his children to visit 49 states prior to graduating High School and he reached his goal.

Ted also had a passion for helping his local community. He was an active member of the Robbinsville Lions Club. He was a board member at St Joseph’s Catholic Church, an avid supporter of the Stecoah Valley Center. He also monitored the local weather for the National Weather Service for 40-plus years and looked forward to every Friday night, serving as the official stat coordinator for the Robbinsville Black Knight Football team.

Ted was a humble man who left a lasting impression on those he met. All who knew him would know that one of his favorite parting sayings was, “Do the best you can with what you have to work with.”

He is survived by his loving wife Nancy, of 47 years; his brother John, wife Julie and their son Andrew; his daughter, Stacia and husband George Crawford of Cleveland, Ohio; his son, Kyle and wife Christy Norcross of Robbinsville, N.C.; his son, Chris and wife Hannah Norcross of Apex, N.C.

He is also survived by his grandchildren: Sully, Elizabeth, Christina, Lela, Jack, Sam and Wesley.

The family has asked that in lieu of Flowers, donations can be made to any of the following organizations: Friends Cumbres and Toltec Scenic Railroad (cumbrestoltec.org); Mid-South Live Steamers (midsouthlivesteamers.com); or the Stecoah Valley Center (stecoahvalleycenter.com).

Crisp Funeral Home in Bryson City was in charge of the arrangements.