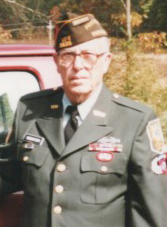 He was the son of the late Vern and Phoebee White Webster. He was a member and deacon of Sweetgum Baptist Church for 72 years.

In addition to his parents, he was preceded in death by his wife, Marie Rogers Webster; his brothers, Loren and Vernon Webster; his sisters, Lona Banker and Grace Denton; and his grandson, Keith Andrews.

Arvil served in the 82nd Airborne in World War II.

He is survived by a son, Arvil H. Webster, Jr. and his wife, Susan Webster; and a daughter, Connie W. Andrews and her husband, Harold Andrews, Sr.

The family received friends from 1-3 p.m. Sunday at the church, prior to the service.

Townson-Smith Funeral Home was honored to serve the Webster family.