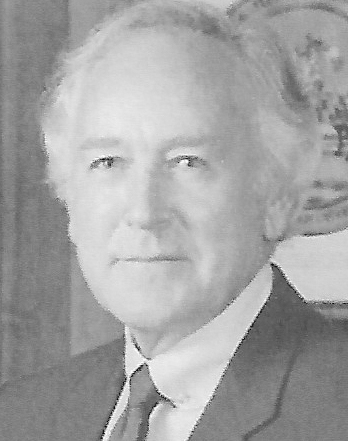 A man of family, faith and inclusivity, Dr. David M. Denton, Sr. of Frederick, Md., passed away Saturday, Jan. 30, 2021, peacefully at his home in Walkersville, Md.

David was born Nov. 9, 1931 in Robbinsville, N.C. to Gwynn and Bess Denton. He was the last survivor of six siblings.

He attended school in North Carolina, then served in the U.S. Air Force during the Korean War. At Cumberland Falls State Park in Kentucky, David met Margaret “Peggy” (West). They began young, married life as musicians and students, David on guitar, singing with Peggy in Durham, N.C. for Saturday night TV.

They’ve been singing harmony ever since.

Coaching football at the N.C. School for the Deaf, David found his calling advocating for the deaf community. In his book, “Listening to Deafness: An Old Song Sung Differently,” David reflects, “I was unprepared for such a spellbinding induction to the world of deafness and silent, fluid discourse ... I’d never seen anything so beautiful. Their fluid singing looked like music would look like if it were visual.”

David went on to earn a BA in deaf education and MA in educational administration.

Superintendent of The Maryland School for the Deaf from 1967-92, David helped transform the landscape of deaf education, developing and disseminating Total Communication, which incorporates sign language, finger spelling, speech reading and speaking. He initated Maryland School for the Deaf football, attended plays and oversaw student homework. His love for the deaf community was his heart and was all-consuming. He loved his students and his staff, and they loved him back. Many students still consider David their “school daddy.”

David received an honorary Doctor of Pedagogy in 1971 from McDaniel College for Total Communication, and for envisioning and initiating their renowned master’s program in deaf education.

David presented state legislation creating funds for new buildings, books and staff for the Frederick and Columbia campuses. He envisioned and built the Columbia Maryland School for the Deaf, a multi-disabilites campus nurturing and educating infants through eighth grade, incorporating family education. In 2011, the Maryland School for the Deaf board named the David M. Denton Building, in his honor.

David’s community contributions range from United Way campaign chairman to trustee and keynote speaker for the Community Foundation of Frederick County. From past president of Rotary Club of Frederick/Rotary Fellow to resident storyteller at Fontana Village. From a half century holding court at Frederick Coffee Club to years as deacon as First Baptist Church. From opening his home to friends and family to nurturing all he encountered from singing and singing to his ever-glorious stories of adventure and joy.

He was invited to lecture in five foreign countries and in the United States, as he promoted sign language as a human rights issue.

In addition to his wife Peggy and daughter Mary Margaret Flood (David) of St. Mary’s County, Md., David is survived by his grandchildren Cailen (Melyssa) of Vancouver, Canada, Hannah of Charlotte and Ethan (Zoe) newly of Frederick, as well as his and Peggy’s extended family who have been steadfast in their support. Two family members followed him in education for the deaf.

The family plans a celebration of life when it is safe to gather, hug and laugh, as David would want.

The family requests, in lieu of flowers, donations be made to the following charitable organizations:

The Maryland School for the Deaf