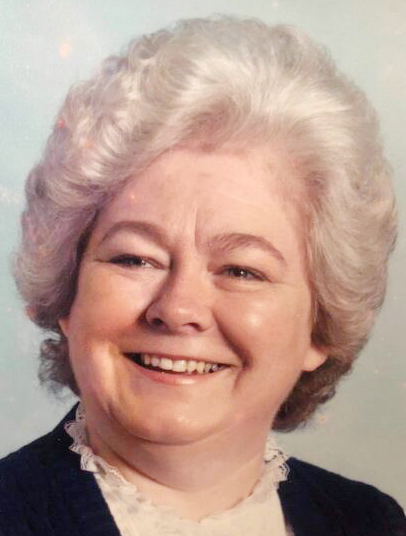 When the sun came up on Friday morning, Nov. 6, 2020, Eloise Phillips Jenkins was in the presence of the Lord and Savior she had sung about for most of her 84 years.

Her mind now clear – returning to the God of her childhood – she joined her husband of 46 years Hall Jenkins, her children David Hall Jenkins and Renee Jenkins Adams, her great-grandchildren Mykala Cable, Jace Jenkins and Ellie Dutcher, her parents Wayne and Rena Phillips, and her sister Twalla Stiles in a celebration of those who are found in Christ.  Family still awaiting this homegoing include her son-in-law Dalton Adams; daughter-in-law Martha Jenkins; grandchildren and spouses, Forsythia Cable, Coy and Brandi Adams, William Wayne and Mandy Adams, Afton and Matthew Hyde, Cassie and Kyle Patterson, and Coty and Lindsay Jenkins; her great-grandchildren, Colman and Kalyn Cable, Cuttler, Tillman, Chloe, Cooper and Sydney Adams, Novie Dutcher, David Gray and Legend Patterson, Sophia, Isabelle and Briar Jenkins; her brother Gerald  (Nellie) Phillips; her sister Priscilla (Kenneth) Cope; her brother-in-law, Charles Stiles; and numerous extended family, who relied on her wisdom and cherished her love and support.

In 1959, she married the love of her life, Hall, and together they built a life on the foundation of Christ and His Word. Their love for each other was inspiring and where one was, the other was, like peanut butter and jelly. Their heart of service was known by all and their home was always open, welcoming and the place you wanted to be.

Eloise accepted Christ as her Lord and Savior on her ninth birthday while in revival at Lone Oak Baptist Church. She was raised in a singing family – learning to play the piano when she was a young girl – and began playing in church at a young age.

When she and Hall married, they began traveling with family to sing. They became known as the New Hope Quartet and traveled many miles in several states for over 30 years, singing the gospel as a ministry in music. Songs she is most remembered for singing are “I Have Returned,” “When the Sun Comes Up” and “Tears Will Never Stain the Streets of That City.”

Church was important in Eloise’s life and she served at New Hope Baptist Church faithfully, as pianist, Sunday School teacher, and writer and director of New Hope’s Christmas and Easter plays, yearly seasonal favorites that were well attended by the community. She gave so many young people opportunities to be in front of an audience and learn the art of public speaking.

A graduate of UNC-Greensboro, Eloise taught business and accounting for 31 years for Graham County Schools, working alongside her husband Hall. She enriched the lives of so many students during her career and was known for her high expectations for her students. She served as senior sponsor and insisted on decorum during graduation exercises, including no gum. She also led the yearbook staff to produce “The Robin” for numerous years for Robbinsville High School.

On the day of their retirement, the entire student body gathered outside to say goodbye, while the band played in their honor.

Eloise will be remembered as a dedicated, faithful, giving servant and prayer warrior, who was the hub of her family and loved by her community.  She will be honored with a memorial service at a later date.

In lieu of flowers, donations may be made in her memory to:

Plans for a service are incomplete at this time.

Townson-Smith Funeral Home was honored to serve the Jenkins family.