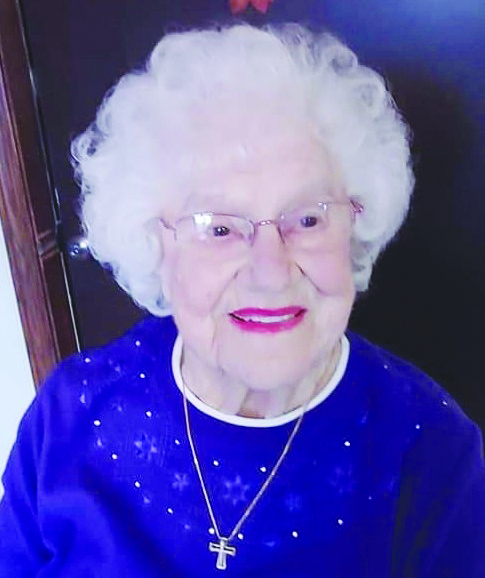 We celebrated her birthday Feb. 15, with 92 family and friends at the Virtues Golf Club in Newark, Ohio. She enjoyed every minute of it.

Hazel was born Feb. 14, 1920 to the late Ralph and Ella Parker in Robbinsville, N.C. Later, the family moved to a farm in Young Harris, Ga., along with her nine siblings.

As a young girl, she was pretty much a tomboy, liking to fish, hunt and do anything outside. She played some pretty daring games with her siblings.

Great-grandchildren are Elle and Cale Saunders of Newark, Ohio, Owen and Rhys Campbell of Waynesboro, Va. and soon-to-be baby girl Porter, due to arrive in April.

After marriage, she enjoyed being a homemaker and raising her children. Her children were the joy of her life.

She was known for her delicious Saturday night hamburgers and her Sunday family dinners.

The family left North Carolina in 1957 and moved to New York, then Pennsylvania. They came to Newark, Ohio in 1959 and have been there since.

Preceding her in death were her brothers Plato Parker, Ben Parker, J.R. Parker and Lowell Parker; and sisters Mary Eller and Evangeline Campbell. She is survived by siblings Harold Parker and Sue VanVynckt of North Carolina and John Ray Parker of Georgia.

Hazel thought her name was “Hazel” until she applied for Social Security in 1985 and found out the “Granny Woman” at birth had put “Effie Paulene” as her name on the birth certificate. The grandchildren enjoy calling her “Effie Paulene” at times. She had to have her name legally changed to “Hazel.”

In lieu of flowers, memorial contributions may be made to Hospice of Central Ohio, P.O. Box 430, Newark, Ohio 43058.

The family received friends from 1-3 p.m. at the Chapel, prior to the service.

Townson-Smith Funeral Home was honored to be serve the Campbell family.