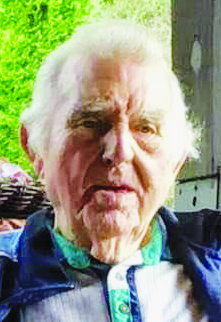 James Henry Crisp, 86, of Robbinsville passed away Monday, May 11, 2020 at Graham Healthcare and Rehabilitation Center in Robbinsville.

Henry was a native of Graham County and the son of the late Noah and Nora Bailey Crisp.

In addition to his parents, he was preceded in death by his brothers Hubert Crisp and Eddie Crisp; sisters Bessie Williams and Myrtle Crisp; and grandson Sidney Joe Polston.

Graveside services were held at noon, Friday, May 15 at the Lone Oak Cemetery. The Revs. Teddy Silvers and Scott Roper officiated.

Townson-Smith Funeral Home was honored to serve the Crisp family.