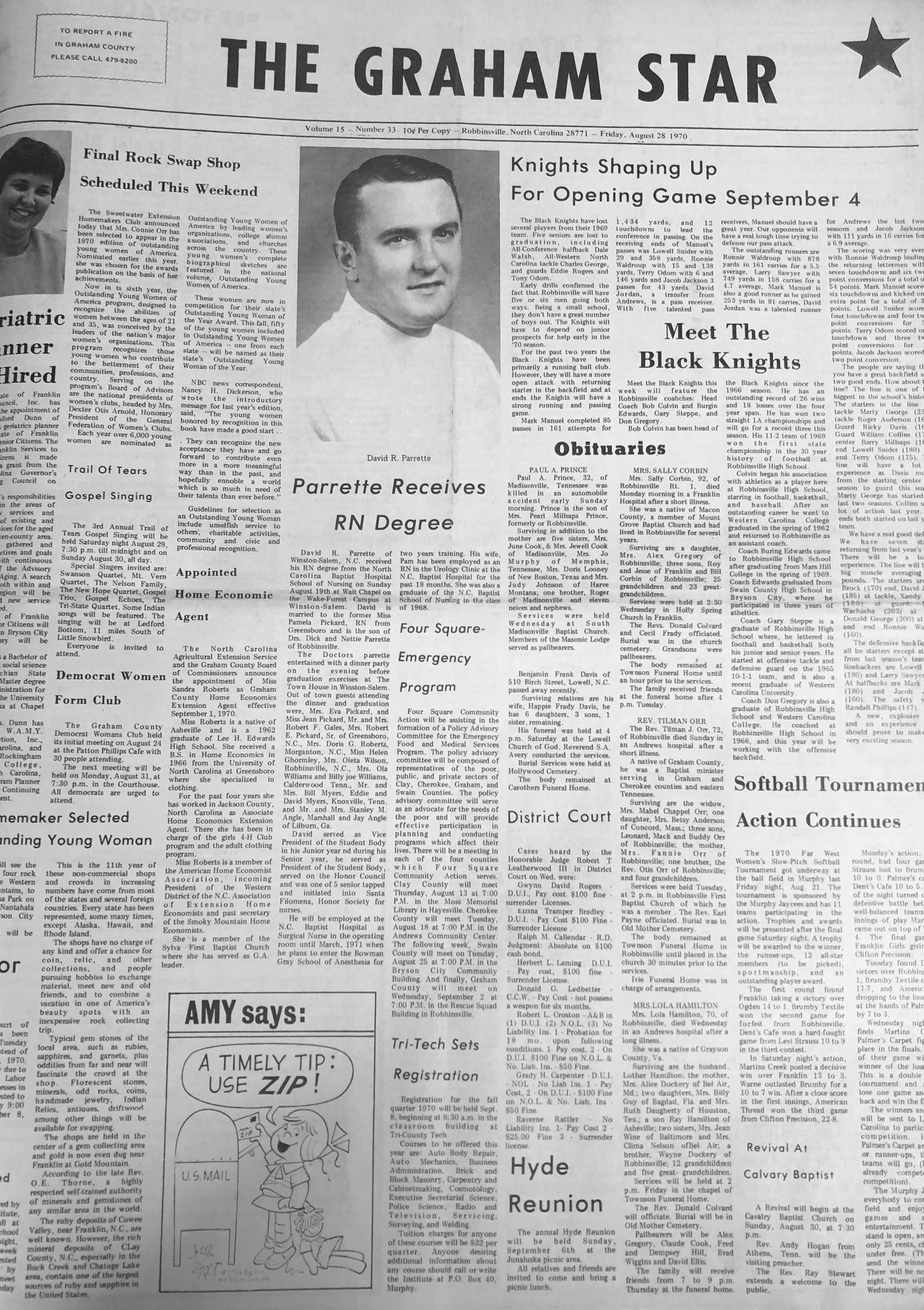 * An investigation by the state’s Attorney General revealed agents at the state crime lab routinely withheld information – primarily blood evidence – from defense attorneys and aided prosecutors during a 16-year period, starting in 1987. John Hardy Rose was convicted in 1992 for the 1991 slaying of Patricia Stewart of Robbinsville. Rose’s case was one of four that was reported flagged in western North Carolina. Rose was executed by lethal injection in 2001.

* The Knights’ football team lost their season opener to Avery County, 36-13. Contributing factors included around 70 missed tackles, allowing the Vikings more than one first down, and frustration led to a lack of composure – and multiple penalty yards – against Robbinsville. “It was a rough beginning for us, no doubt,” said head coach Dee Walsh.

* The record summer peak demand was set by Nantahala Power and Light customers between Aug. 14-15. On the 14th, the demand was 169 megawatts from 4-5 p.m. Twenty-five hours later, a new record of 171.3 was established. Peak demand is the highest amount of electric power delivered by a system for one hour.

* Robbinsville sixth-graders got the new school year started with a splash. The students enjoyed a pool party and picnic on Monday, August 22nd at the county pool.

* The third rock swap shop for the western North Carolina mountains was set to be held in the Nantahala Gorge. It was the 11th year of the non-commercial shops and crowds in increasing numbers were coming from most of the states and several foreign countries.

* Having lost several players from their 1969 team, the Knights will have to depend on junior prospects for help early in the 1970 season. For the past two years, the Black Knights had been primarily a running ball club. However, the 1970 season would see a more open attack, with a strong running and passing game.