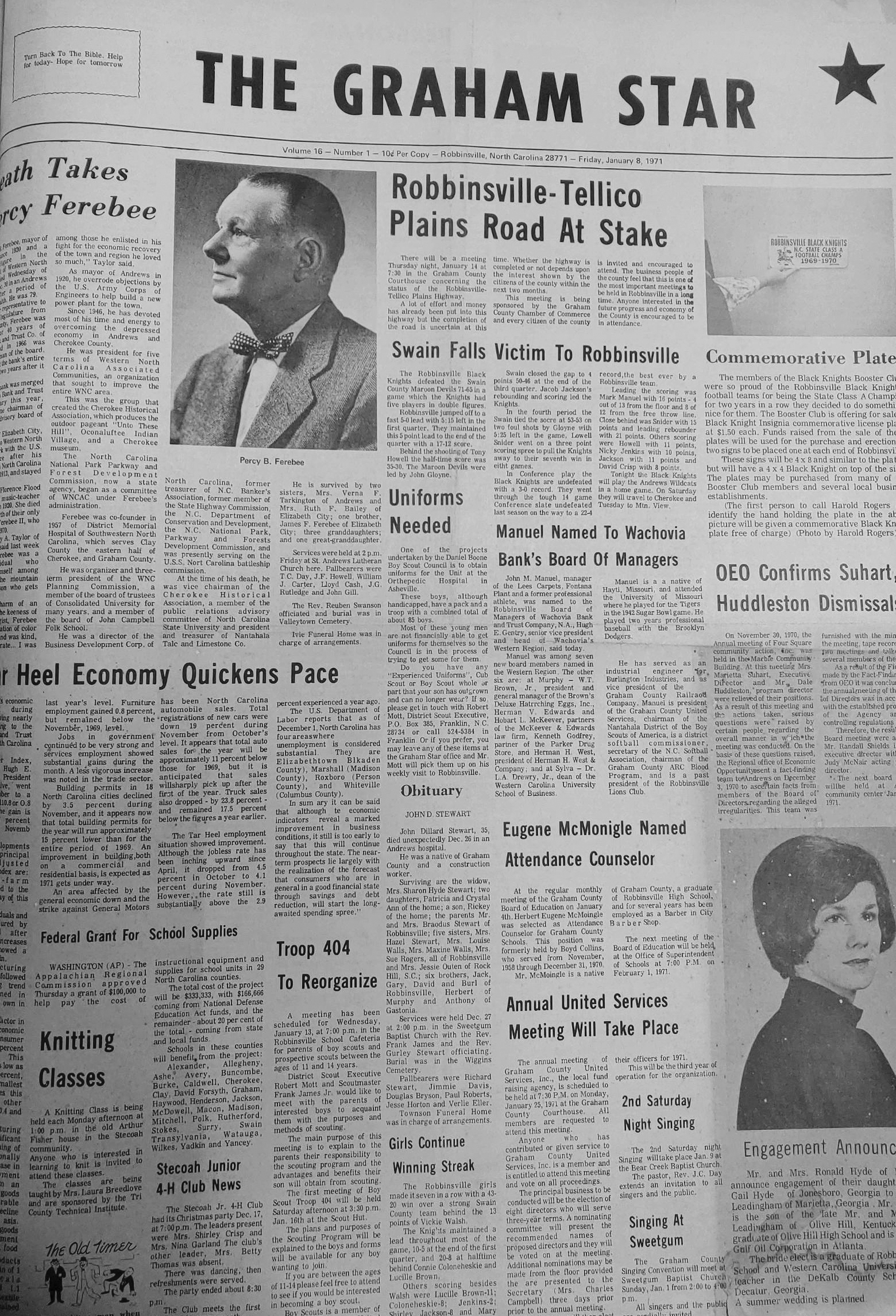 * A brush fire on the heels of the Christmas snowstorm illustrated just how quickly our mountain weather can change. A fire that started from an abandoned campfire burned about five acres. Firefighters left the blaze shortly before nightfall. Rain on New Year’s Day quenched any embers that were still smoldering.

* If the last few games had any indication, losing would have been a thing of the past for the Lady Knights, as they bounced back with commanding wins. Head coach Warren Knott said, “We’ve simplified things and really started concentrating on our defense.”

* Charles Ronald Day of Robbinsville – who was charged with murder in the death of Clyde Graves – pled guilty to involuntary manslaughter in Graham County Superior Court. Graves died as a result of a brutal bar-room fight in Swain County on May 1, 1995. Testimony before Judge Ronald Payne stated that Day did not throw the final blow to the right side of Graves’ head, which killed him. The maximum punishment was 49-59 months.

* Brandon Anderson was the lone Robbinsville player to make the All Tri-County 1995 football team. He had a remarkable season returning kicks. Anderson returned 19 kicks for 536 yards and brought three of them back for touchdowns.

* Members of the Black Knights Booster Club boasted about the Robbinsville Black Knights’ football team for being the state Class A champions two years in a row. To show their pride, the club offered a Black Knight Insignia, Commemorative license plate. They sold for $1.50 each. The purchase of these plates provided two signs that were placed at each end of Robbinsville, recognizing the Black Knights.

* The Robbinsville girls extended their winning streak over Swain County to seven years, with a 43-20 win over a strong Lady Devils team, behind the 13 points of Vickie Walsh. The Knights maintained a lead throughout most of the game, 10-5 at the end of the first quarter and 20-8 at halftime, behind Connie Coloneheskie and Lucille Brown.