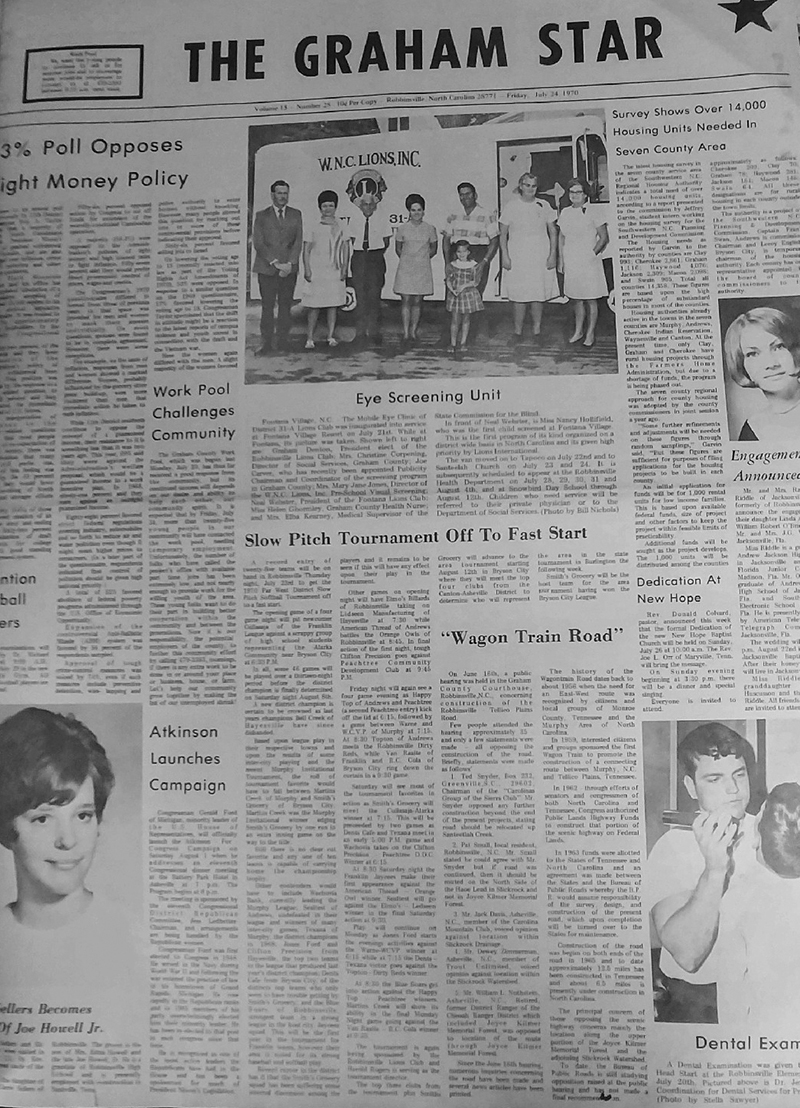 * A little more than four years after Phillip McClung was shot and killed in the Village Shopping Center in Robbinsville. Johnny Williams admitted to the crime in Superior Court, and was sentenced to 5-7 years for voluntary manslaughter. “It was a bumpy road for this case from the beginning,” said attorney Mike Bonfoey.

* A 7-on-7 scrimmage in Andrews had Robbinsville head coach Dee Walsh smiling, as the team’s confidence for the upcoming football season was boosted, following the loss of many prominent players to graduation. Although the Knights were without quarterback Cassidy Galaviz at the scrimmage, rising senior Jason Ayers stepped up to the plate with ease.

* A new monument is planned for Chief Junaluska. The group called Junaluska Friends is making headway toward erecting a monument to the great Cherokee Warrior, Junaluska. In 1994, the Eastern Band of Cherokee Indians bought a tract of land – including a house – which will be made into a Cherokee Indian Museum for artifacts and Indian crafts. Also, there will be a small cottage for the caretakers.

* A local runner – 15-year-old Miles Lee – finished third in the intermediate boys (ages 15-16) 3,000-meter run. This was to qualify for the National Finals of the United States Junior Olympics in San Jose, Calif. Coaches for Lee – a rising freshman at Robbinsville High – is confident that he will represent the region well in San Jose with hard work and determination.