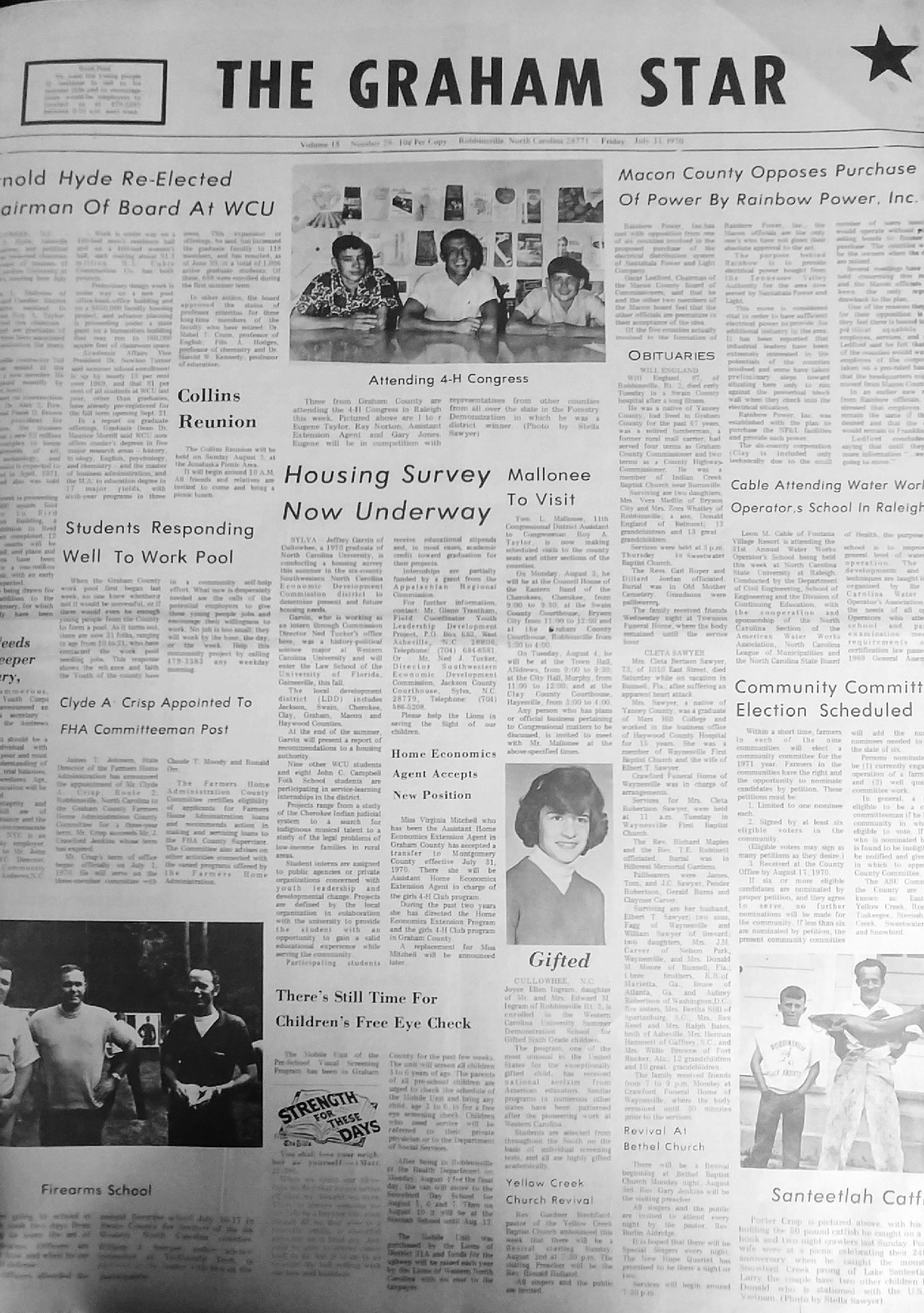 * Twenty-five U.S. Marines – the Regiment Riders, from Camp Lejeune – arrived in Graham County, to spend a couple of days riding the Dragon and Cherohala Skyway, before deployment to Afghanistan. They met with two famed World War II veterans, Wayne Carringer and Arvil Webster at the Community Center. The group camped at Little Snowbird Campground and was served food by our local residents.

* Kurt Odom – a four-year football player for the Black Knights – was very instrumental in helping the West pick up their first win in the East-West All Star Game. He played a great game and a touchdown was “the icing on the cake for him,” said Black Knights coach Dee Walsh. Odom – who will be leaving for Campbell University – was also pleased about scoring the touchdown.

* A hiker injured in a fall was rescued July 22, from the Slickrock portion of the Joyce Kilmer Wilderness area. Twelve-year-old Victor Apple was part of the group from Georgia. The Snowbird and Santeetlah rescue squads –and the U.S. Forest Service – transported Apple out of the rugged terrain on wheeled stretchers.

* The Graham County Swim Team hosted their first swim meet, as the Murphy Swim Team won with a score of 329 points over Graham County, who scored 210. Three hundred and fifty swimmers and spectators participated in the event. Coach Pat Briggs was extremely pleased with the 40 team members who trained and competed.

* Rainbow Power has been met with opposition from one of six counties involved in the proposal of purchase of an electrical distribution system of the Nantahala Power and Light Company. The purpose behind Rainbow is to provide electricity bought from TVA for the area now served by Nantahala Power and Light. Macon County officials have been the only reported drawback to the plan, feeling that the other officials are premature in their acceptance of the idea.

* Porter Crisp and his son Larry caught a 50-pound catfish on a #16 hook and two night crawlers. Porter and his wife were at a picnic celebrating their 24th wedding anniversary when he caught the monster in the Snowbird creek prong of Lake Santeetlah.