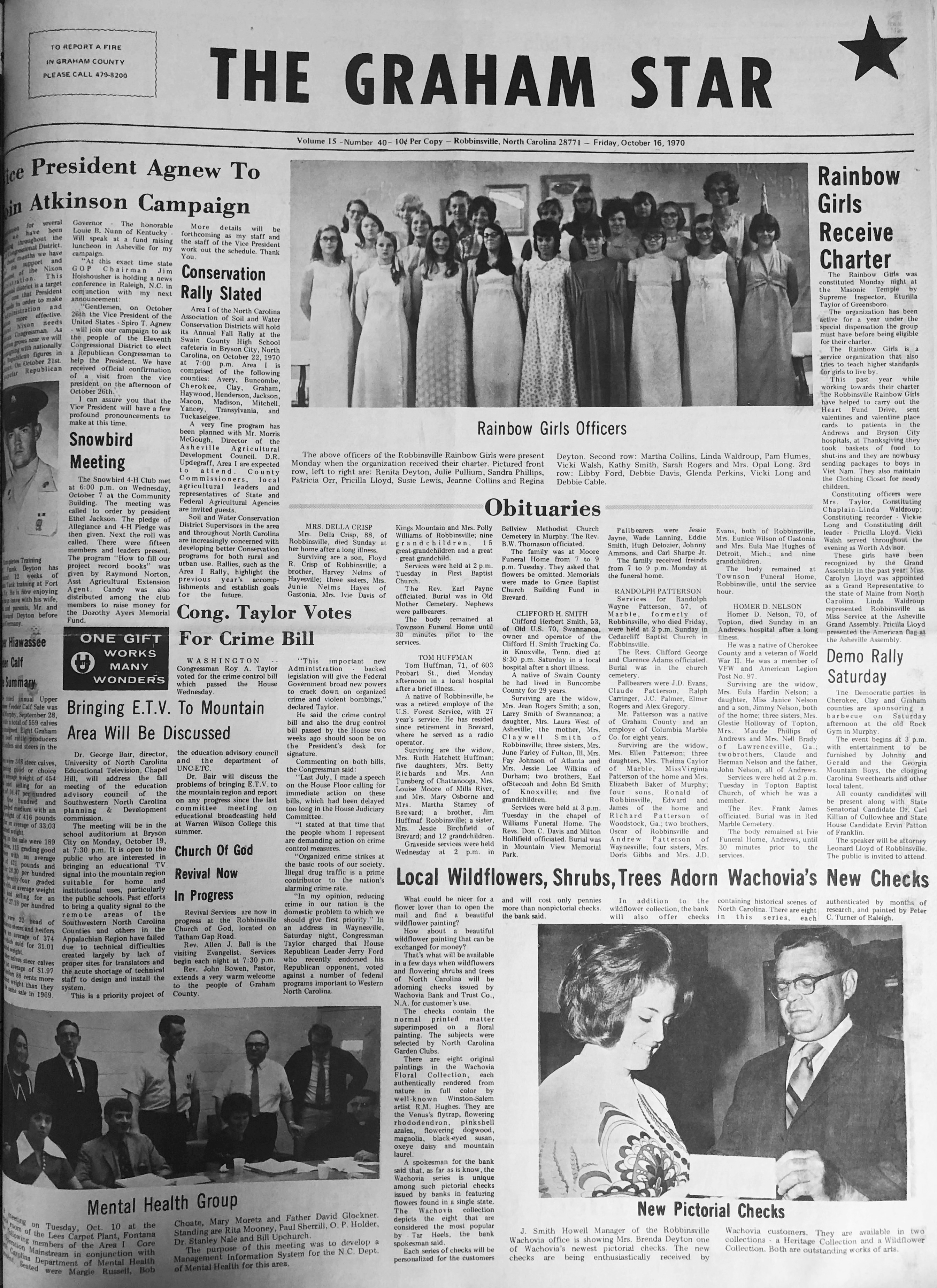 * Congressman Heath Shuler spent some time at Robbinsville High School, talking with students and touring their new wrestling facility. Donations were made from an anonymous community member, consisting of a metal building and some favors were called in by coach Todd Odom for some grading work. The result was a 3,200-square-foot wrestling facility that rivals any in the country.

* The Lady Knights volleyball team pulled off an upset win over Murphy in five sets. The win put them tied for second place in the conference.

* The Graham Star announces the arrival of a new editor/general manager, Kate Henry. “My heart has long been in the mountains,” Henry said, “The first time I drove through North Carolina, I thought I had entered a land of such beauty that it had to be God’s best-kept secret.”

* The homecoming theme – “Hold on to the Knight” – celebrates 30 years of Black Knight football beginning with a parade at five p.m., followed by the game and a dance after the game. “True Black Knight Fan” Billy Ed Queen, who has been cheering and throwing a towel in the air to mark every Knight touchdown for close to 30 years, will serve as Grand Marshal for the homecoming. Halftime will provide the setting for the crowning of Miss Black Knight and a special presentation to former head coach Bob Colvin. Waverly Grover – last year’s Miss Black Knight – will crown this year’s winner.

* Wildflowers, flowering shrubs, and trees of North Carolina will be adorning checks issued by Wachovia Bank. There are eight original paintings in the Wachovia Floral Collection, each authentically rendered from nature in full color by well-known Winston-Salem artist R.M. Hughes.

* Robbinsville scored 23 points and held a strong Franklin Panthers rally, picking up a 23-20 win for their fifth victory of the season. Fullback Larry Sawyer proved to be the big gun for the Black Knights. He gained 154 yards in 24 carries, scoring two touchdowns and one conversion.