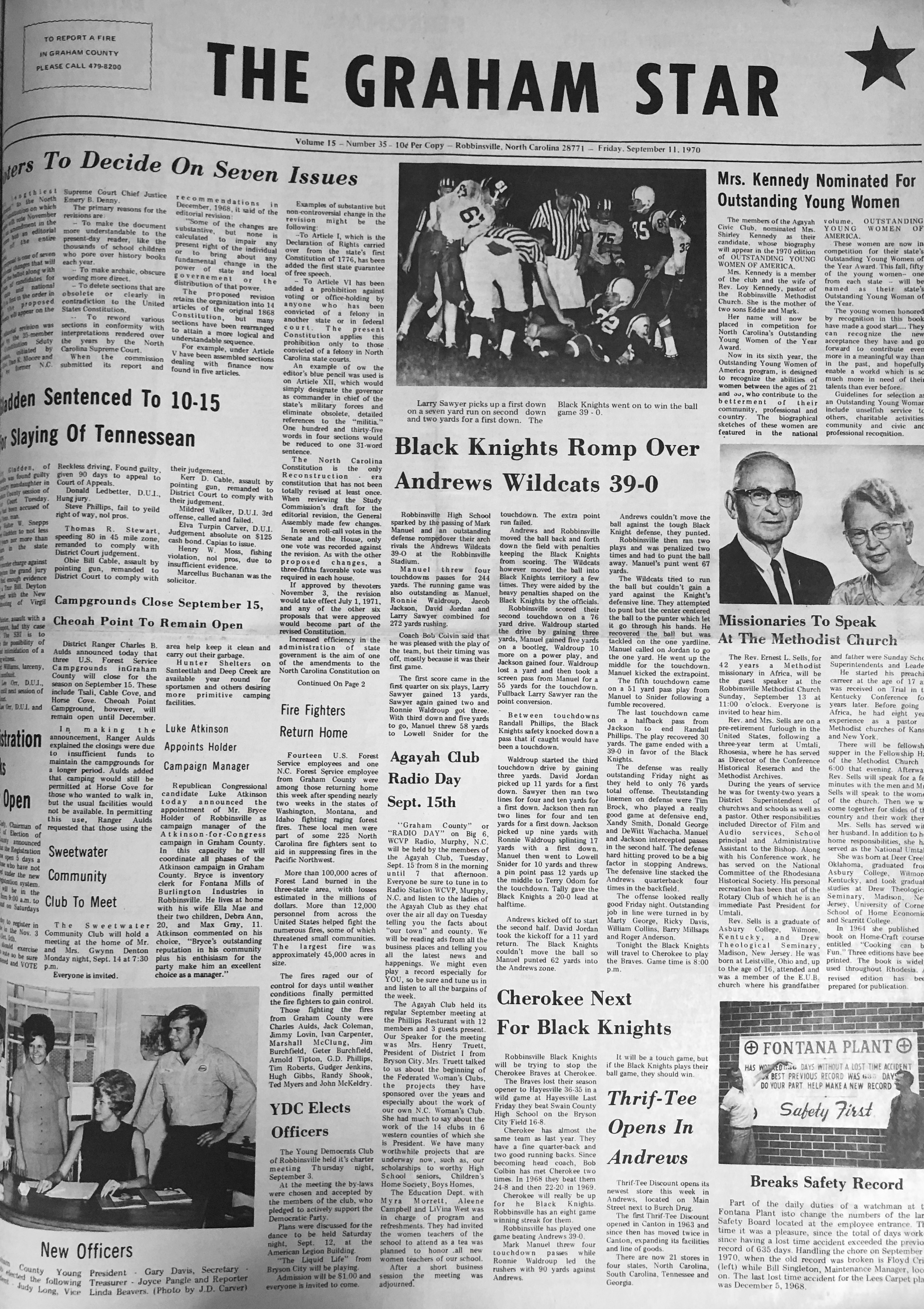 * A ribbon-cutting was held for the new Event Center at Harrah’s Cherokee Casino and Hotel. The ribbon was cut for the new 3,000-plus seat entertainment venue by Principal Chief Mitchell Hicks. Hank Williams, Jr. inaugurated the facility with a concert. Construction at the huge casino complex was the sixth largest construction project in the U.S.

* The road over Fontana Dam was set to be closed for one year to traffic, except emergency vehicles and Appalachian trail users. The Tennessee Valley Authority makes formal inspections every five years of structural elements and water control equipment which may affect the safety of the dam. Fontana Dam continued to show the effects of concrete growth – which appeared shortly after construction, when the concrete in the dam began to expand. In the mid 1970’s structural modifications were made to the upper portion of the dam, which consisted of postensioning and cutting an expansion slot to relieve the stress within the structure. Further modifications in 1984 and 1990 were performed to relieve stress.

* Robbinsville romped the Andrews Wildcats, 39-0 on the Knights’ home turf. Mark Manuel, Ronnie Waldroup, Jacob Jackson, David Jordan and Larry Sawyer combined for 272 yards rushing. Not only was the Knights offense outstanding, their defense was as well, as Robbinsville held Andrews to 76 total yards. Key linemen on defense included Tim Brock, Xandy Smith, Donald George, and DeWitt Wachacha. Coach Bob Colvin said that he was pleased with the play of the team, but their timing was a little off, mostly because it was their first game.