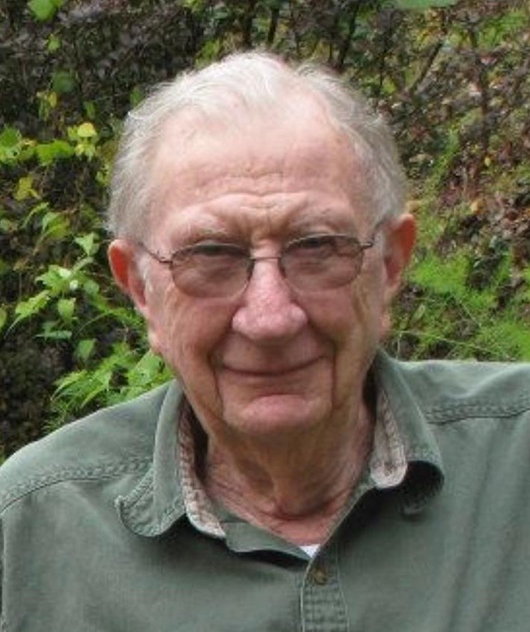 Blake Lovin Wilkey, 98, of the Snowbird Community in Robbinsville, N.C., passed away Sunday, Dec. 29, 2019 at Peak Resources in Shelby, N.C.

He was a member of Mt. Nebo Baptist Church, where he served as a deacon for many years. Blake was the son of the late Frank Curtis and Bessie Jane Lovin Wilkey.

In addition to his parents, he was preceded in death by his three brothers, Elbert, Howard, and James.

He is survived by his loving wife of 72 years, Helen Louise McGuire Wilkey; his son and daughter-in-law, Sidney and Tana Wilkey of Shelby, N.C.; his daughter and son-in-law, Rachel and Michael Serrano of Nashville, Ga.; his grandchildren, Blake Wilkey and his wife, Peyton, Tanner Serrano and his wife, Lindsey, and Cierra Serrano; and his great grandchild, Layton Serrano.

He is also survived by several nieces and nephews.

Blake was a Veteran of WWII having served his country in Italy, North Africa and the Mediterranean Sea area, between 1942-1945. He loved to wear his WWII cap, because it enabled him to connect with other veterans and they could talk about their experiences. Blake also had a vast knowledge of all things Snowbird, the railroad, and Bemis Logging. He was often called on to relate a particular event or to identify people in old photographs. He was a carpenter by trade, having helped to build houses in Fontana Village, Thunderbird and on the Cherokee Indian Reservation, as well as many individual homes throughout the county.

Townson-Smith Funeral Home was honored to serve the Wilkey family.