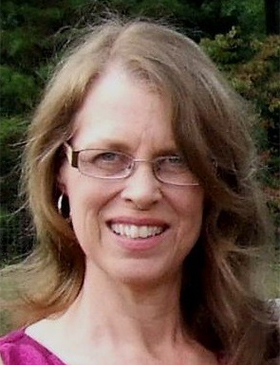 Over her 25-year professional career, Melanie was a pioneering neuroscientist, first as an academic with an NIH-funded research laboratory dedicated to treatment of neurological diseases. Over the past decade, Melanie has been the Chief Scientific Officer of LifeSplice Pharma, a biotech firm she co-owned and co-founded with her husband, Gordon Lutz. Melanie was tireless and unrelenting in her career devoted to improving the lives of patients with diseases such as epilepsy and ALS.

Melanie was a life-long lover of horses. She and her husband lived on a small farm along Pennsylvania’s Brandywine Creek where she lovingly tended the two horses that earned her accolades in two equestrian sports, dressage and eventing. The accident that took her life occurred during a training session when she and her horse fell to the ground while jumping a cross-country obstacle.

Melanie received her PhD in neuroscience from the University of Pennsylvania in 1995, B.S. in chemistry from Tennessee Technological University in 1986, and diploma from William Blount High School in 1982. She was an amateur ornithologist. She grew beautiful dahlias. She made regular visits to her family home in Maryville. She advocated for human rights

Melanie is mourned by the equestrian community of Southeastern Pennsylvania, by her colleagues in the field of neurological research and by her family and friends. She was preceded in death by her father Robert K. Tallent, her sister Debra Ann Tallent, and her mother-in-law Velma Lutz and was immediately followed in death by her father-in-law Chester Lutz. In addition to her husband Gordon, Melanie is survived by her mother Marselle Stewart Tallent of Maryville, Tenn. and Robbinsville, NC; sister Marcia Tallent of Atlanta, Ga.; sister and brother-in-law Nancy and Mark Coleman of Maryville; brother and sister-in-law Kyle and Penny Tallent of Maryville; brothers Jeff Tallent of Knoxville and Mark Tallent of Maryville; brothers-in-law and their wives Gregory and Melanie Lutz of Lancaster, Penn. and Norman and Michele Lutz of Fort Myers, F.L. She is also survived by nieces and their husbands Sarah and Bryan Dennis, Jessica and Travis Williams, and Ashley and Eric Pair; niece Cara Coleman; nephews and their wives Neil and Brianne Coleman, Andrew and Kristen Coleman, Brad and Laura Lutz, Brian and Amanda Lutz, Mike and Kat Lutz; nephews Brad Tallent, Aaron Smith, Sam Coleman, and Ben Tallent; great-nephews Arlo Smith, Jack Lutz, and Devon Williams; and great-nieces Charlotte Coleman, Abigail Lutz, Hannah Lutz, Alexia Williams, and Angel Williams.

The family will receive friends at McAmmon-Ammons-Click Funeral Home on Saturday, Oct. 26 between 1 - 2:30 p.m., followed by a memorial service with the Rev. Deidra Crosby presiding. Roscoe Morgan will provide music. We request that there be no flowers.

Donations in Melanie’s memory may be made to the CURE Epilepsy Foundation (cureepilepsy.org/get-involved/donate/) or the ALS Hope Foundation