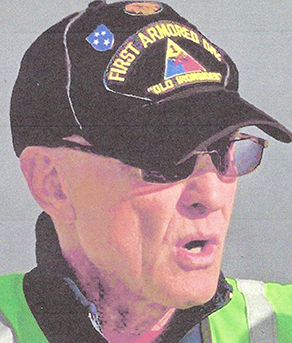 Gary was born in Vancouver, Wash. to Joe and Arlene Chamberlain. The growing family spent their early years in Nyssa, Ore. before moving to Tigard, where Gary graduated form Tigard High School in 1965.

For heroism in combat while serving in the Vietnam War, Gary was awarded the Silver Star and Purple Heart by the U.S. Army.

He primarily worked in the HVAC industry, owning his own business for many years. Core passions included running, cycling and swimming. He competed in marathons, biathlons and triathlons. He and Karen trekked across the United States on a tandem bicycle and enjoyed the outdoors together.

Gary loved striking up conversations with strangers whenever he was out and he was passionate about building community pride around trash clean-up efforts. He developed trash removal programs in Arizona and coordinated the N.C. Litter-Free Coalition form his home in Murphy in recent years.

He is proceeded in death by his parents and his sister, JoAnn.

Gary was called home to be at eternal peace with the good Lord.