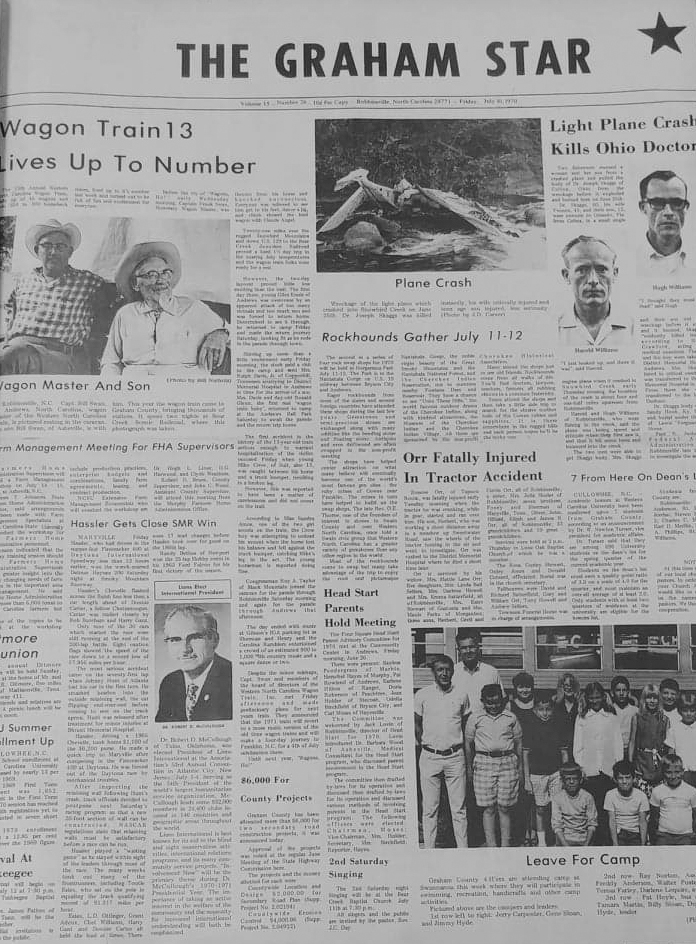 * The Annual 4th of July Heritage Festival showcased the best that the county had to offer. The event drew an estimated crowd of 7,000 to downtown Robbinsville. Katie-Lynn Gross was named Ms. Liberty, Harold Phillips raised a new flag at the courthouse and the June & Cecil Rogers Family were the guest singers.

* Jake Phillips recently signed with UNC-Pembroke and will walk-on to its wrestling program. He is the first wrestler from Robbinsville to be named an All-American.

* State Emergency Management Services Officials say an earthquake tremor – measuring 3.7 on the Richter Scale – shook Graham County and western North Carolina on July 5. The epicenter was east of Athens, Tenn. and the tremors were felt in Cherokee, Clay and Graham counties in North Carolina, and as far away as east Tennessee and Northeast Georgia.

* Jeremy Lane was chosen by the Craven County Southern Little League to participate in All-Star Tournaments, which will take place in Morehead City. Lane is a left-handed pitcher, throwing at a speed of 70 miles per hour. He pitched several no-hitter’s this season and hit several home runs.

* The 13th Annual Western North Carolina Wagon Train – made up of 45 wagon and between 250-300 horseback riders – lived up to its number. Captain Frank Swan – Honorary Wagon Train Master – was thrown from his horse. Everyone was relieved to see him rise to his feet and climb aboard the lead wagon with Claude Angel.